Welcome to the Governors' section.

Our Governing Body is led by our chair, Rebecca Bustani and Deputy Chair, David Barrow.  All governors are members of both the Standards and Outcomes Committee and the Finance Committee.  There are three meetings each term. and Rebecca Bustani chairs all meetings. Our Safeguarding and Inclusion Governor is Karen Selby.

Andrew is a father of two children in the school and is very interested in leadership and governance from a personal and professional perspective. He would like to think that his experience leading teams in construction project management has given him a solid platform from which to grow into the role of a Governor. Andrew is pleased to have been co-opted into the role of Governor to give him the chance to give something back.

Ceri is a secondary school teacher and has taught science in a range of Sheffield schools over the last 15 years. She is passionate about education and believes all children should be given the opportunity to progress at school. When not working, Ceri keeps active by running and going to the gym. To relax she loves to do yoga, visit the theatre and cinema.

Helen was elected in 2018. She has a daughter at Hallam Primary School. Helen is an experienced Marketing Manager at the University of Sheffield, where she has worked for the last five years. She also runs a creative business selling personalised gifts.  When she is not working, she enjoys spending time with her family, going to the gym and being creative. 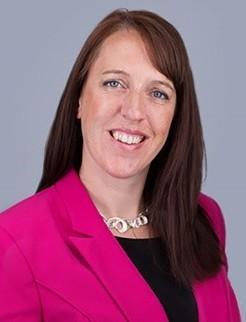 Rebecca became a school governor in 2018. She has two daughters who attend Hallam Primary School. She has worked at Sheffield Hallam University since 2006 and currently works as a Senior Manager in the Commercial Services department, where she has responsibility for the Events Team, Childcare Services and Sport. Her role involves providing leadership for the operational management of services, with some of the key responsibilities being around risk and controls, safeguarding, change management, organisational culture and budget management.          When she's not at work, Rebecca enjoys being active in the outdoors as much as possible with her husband and      three children. 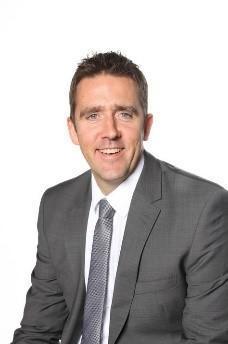 Chris has been Headteacher at Hallam Primary since September 2015 and Executive Headteacher since September 2019.  Prior to that he was Headteacher at Totley Primary where he led the school to an outstanding Ofsted judgement.  He feels strongly that school should be a place where children are challenged and inspired to achieve their full potential and that adults should have the highest of expectations.  Outside school Chris is a keen cricketer with Sheffield Collegiate CC and his claim to fame is that he taught and captained the England cricket captain, Joe Root.  He is a keen supporter of Sheffield Wednesday FC and enjoys working out in the gym, eating out and reading. Chris has been married to Katie since 2001 and has two children, Nikki and Matthew.

Ben has worked at Hallam since early in 2017 and currently teaches in Year 4. Prior to this he ran his own sports coaching company which delivered PE sessions to schools across Sheffield. He feels strongly that school should be a place where children are challenged and motivated to be their best, but also a place to create great memories and friendships to take with them when they leave for secondary school.  Outside of school Ben is a keen cricketer for Sheffield Collegiate and plays badminton for Abbeydale Badminton Club. Ben also enjoys his music and knows just enough guitar chords for a campfire singalong!

Isabel has worked at Hallam since September 2017 where she began as an NQT and currently works in Year 2. Prior to training to be a primary school teacher Isabel worked for a music theatre company and as a freelance choreographer, something which she still does (on a smaller scale) in her free time. She is also currently employed by Mr White as a choreographer at his musical theatre company ‘Imagine’ on Friday evenings. Isabel feels strongly that the school environment should be warm, welcoming and one that allows children (and staff) to flourish both academically and socially. Outside of school Isabel tries to make the most of living in such a green city and spends a lot of time outdoors running or walking as well as attending the gym and dance lessons.

Unfortunately not the ones with chocolate chips.

Some cookies are necessary in order to make this website function correctly. These are set by default and whilst you can block or delete them by changing your browser settings, some functionality such as being able to log in to the website will not work if you do this. The necessary cookies set on this website are as follows:

Cookies that are not necessary to make the website work, but which enable additional functionality, can also be set. By default these cookies are disabled, but you can choose to enable them below: