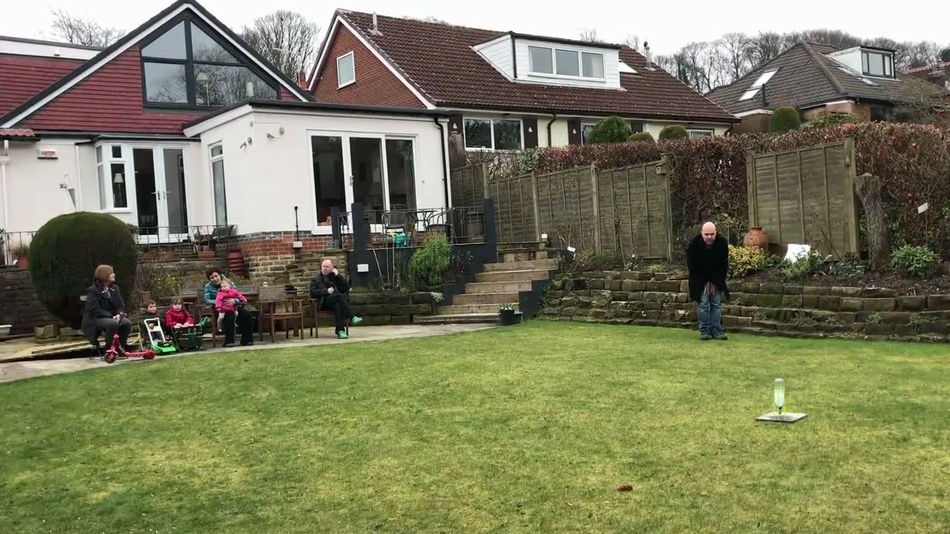 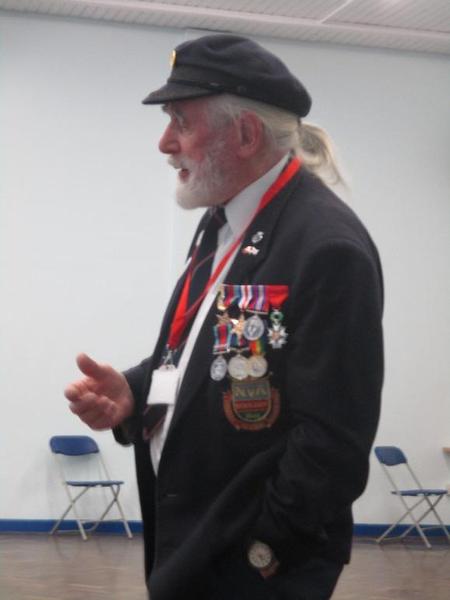 On Friday 3rd February, we were lucky enough to have a very special visitor to Y6. Dylan's Great Grandad, Jim Radford came in to school to talk to us all, answer questions and sing one of his songs. Jim is a D-Day veteran and now a folk singer and peace campaigner. He is remarkably the youngest known participant in the Allied invasion of Normandy in 1944, when he worked as a galley boy at age 15, on The Empire Larch (a deep sea tug). Jim told us all about being evacuated as a child, his house in Hull being bombed and then his life at sea as  a merchant seaman, and later in the Royal Navy. He showed us his medals, which included the prestigious French 'Chevalier of the Legion d'Honneur', which is the highest French order for military and civil merits. Jim has written many folk songs and shanties, but his two most famous are 'The Shores of Normandy' and 'Merchant Seamen' about his time in the war. Jim performed The Shores of Nomandy, three times at the Royal Albert Hall in London, in the 70th anniversary year of the invasion (2014) and two of these concerts were televised by the BBC. You can watch him performing in the video on this page.

The Shores of Normandy

In the cold grey light of the sixth of June, in the year of forty-four,
The Empire Larch sailed out from Poole to join with thousands more.
The largest fleet the world had seen, we sailed in close array,
And we set our course for Normandy at the dawning of the day.

There was not one man in all our crew but knew what lay in store,
For we had waited for that day through five long years of war.
We knew that many would not return, yet all our hearts were true,
For we were bound for Normandy, where we had a job to do.

Now the Empire Larch was a deep-sea tug with a crew of thirty-three,
And I was just the galley-boy on my first trip to sea.
I little thought when I left home of the dreadful sights I'd see,
But I came to manhood on the day that I first saw Normandy.

At the Beach of Gold off Arromanches, 'neath the rockets' deadly glare,
We towed our blockships into place and we built a harbour there.
'Mid shot and shell we built it well, as history does agree,
While brave men died in the swirling tide on the shores of Normandy.

Like the Rodney and the Nelson, there were ships of great renown,
But rescue tugs all did their share as many a ship went down.
We ran our pontoons to the shore within the Mulberry's lee,
And we made safe berth for the tanks and guns that would set all Europe free.

For every hero's name that's known, a thousand died as well.
On stakes and wire their bodies hung, rocked in the ocean swell;
And many a mother wept that day for the sons they loved so well,
Men who cracked a joke and cadged a smoke as they stormed the gates of hell.

As the years pass by, I can still recall the men I saw that day
Who died upon that blood-soaked sand where now sweet children play;
And those of you who were unborn, who've lived in liberty,
Remember those who made it so on the shores of Normandy.

Jim Radford - The Shores of Normandy

The World at War 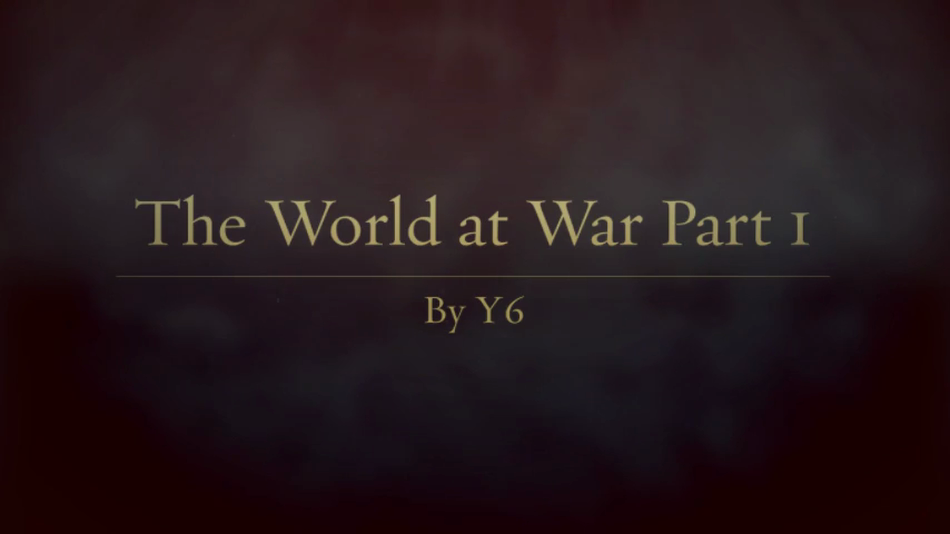 This week, we have all been so impressed with the effort Y6 have gone to with their WW2 plane homework. They have been slowly appearing in school each day and all the teachers and other year groups have been wowed by the work! If you are in school, you can see some of the models now hanging in the Y6 corridor, however the children have been photographing them, so you can also see a great selection in this video...Well done everyone!

Thank you so much to all the parents, friends and family that came to support the children by watching our performance of our panto, Aladdin Trouble. We hope that you agree it was a fantastic production! We are so proud of the children for their acting, singing, dancing and staging. Thank also for all your hard work helping the children with their lines at home and of course, organising their brilliant costumes. Special thanks goes to James, our dance coach, who came in to help choreograph the big dance scenes - we thought they were spectacular! 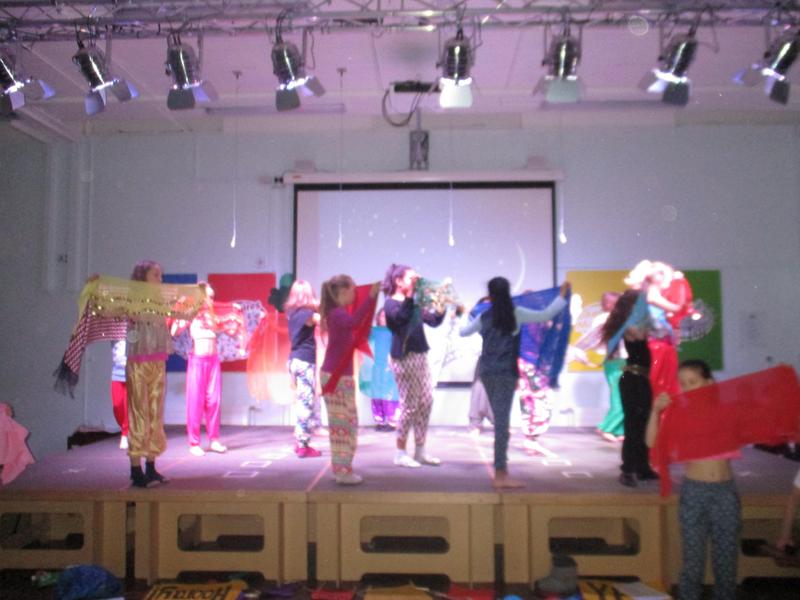 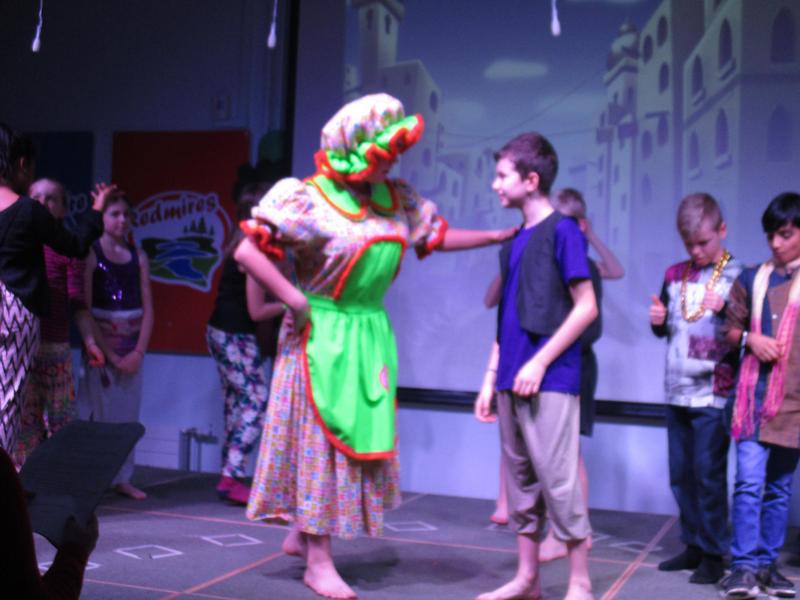 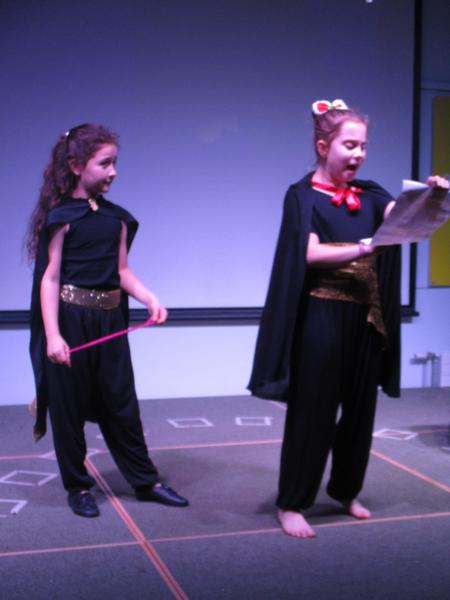 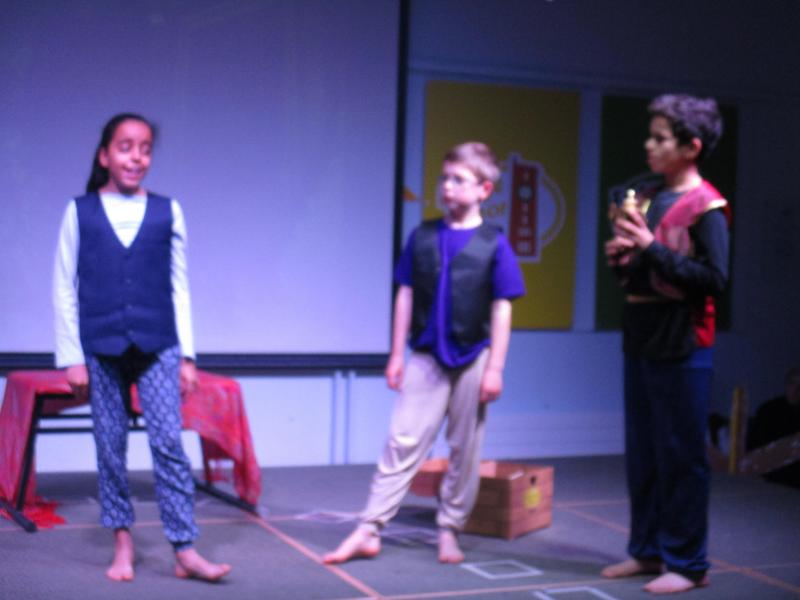 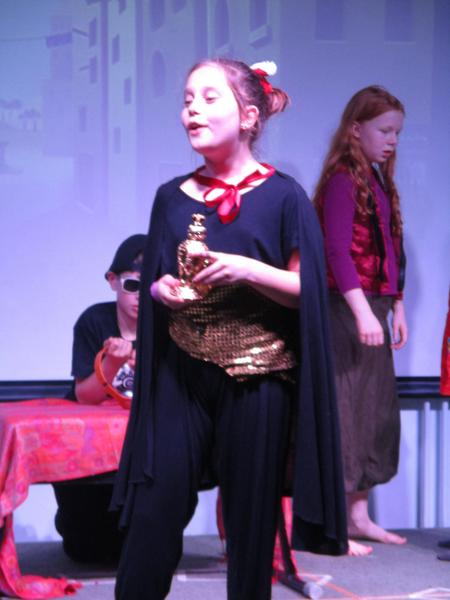 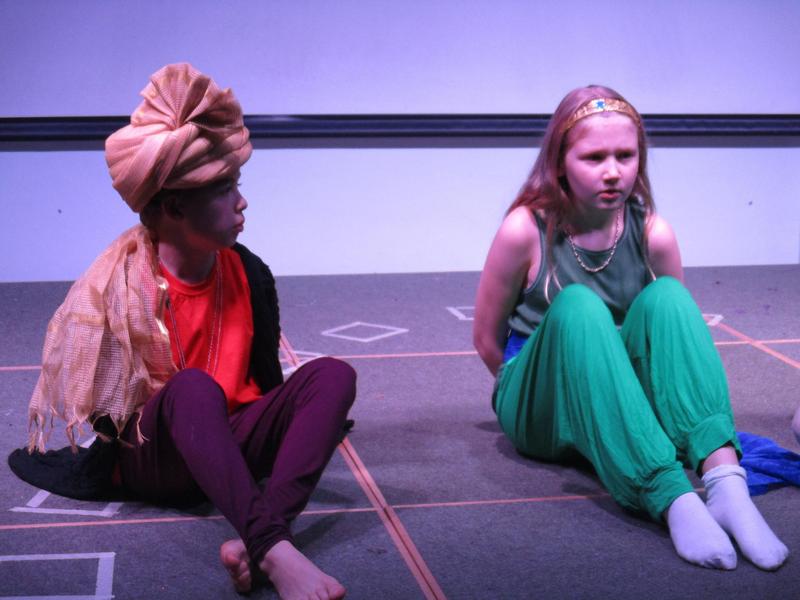 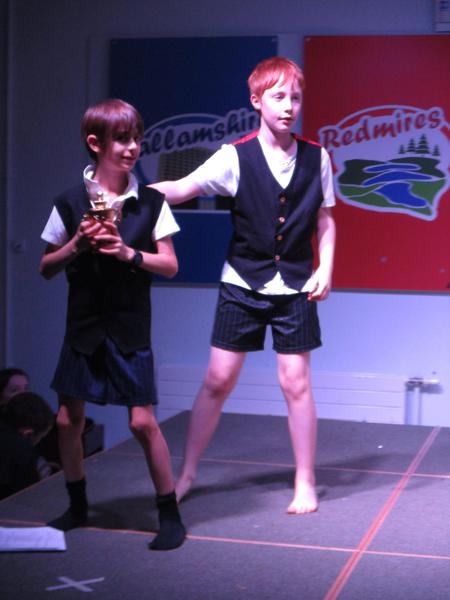 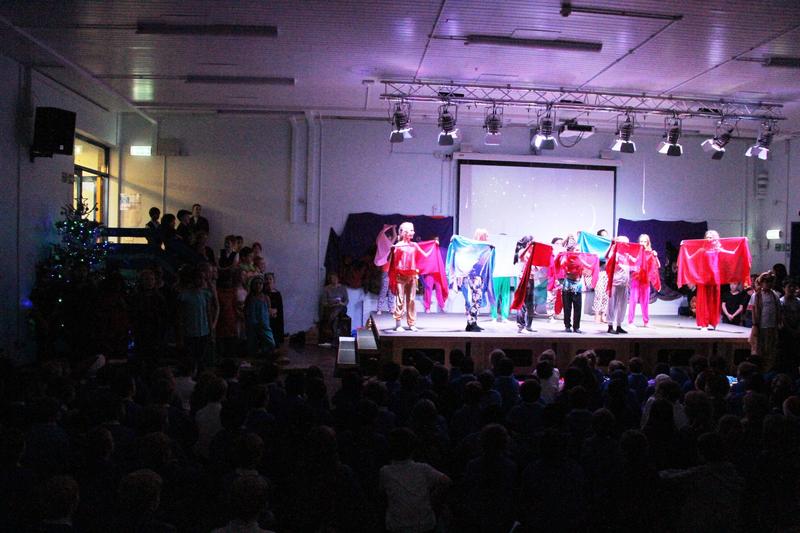 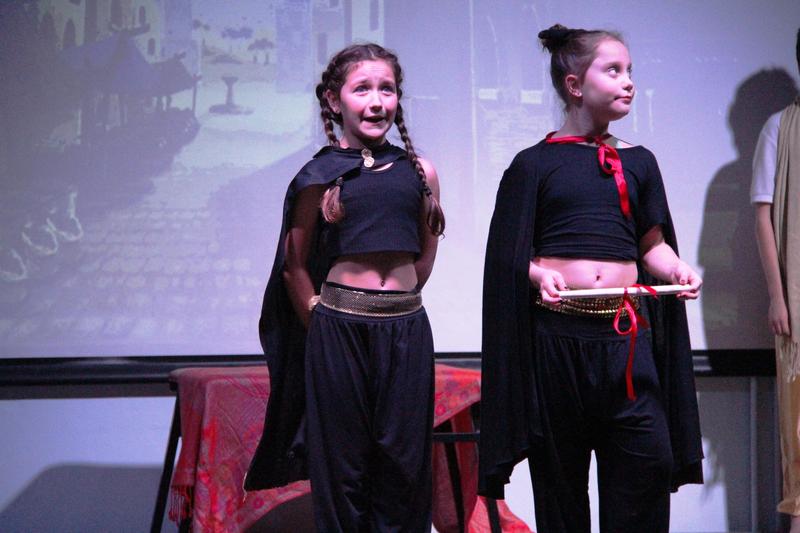 In year 6 we are really enjoying our Arabian Nights topic. In English, we have have done lots of work around the 1001 Arabian nights stories and looked at parts of the film, Aladdin. We are reading the book, Oranges in No Man's Land, had a visit from Miss Bradley's uncle who grew up in Lebanon and have been learning about the 3 major religions of the Middle East.

Now rehearsals are fully underway for our end of term Panto 'Aladdin Trouble', which we are really looking forward to! The singing is sounding fantastic and here are the songs for you to practise at home:

Unfortunately not the ones with chocolate chips.

Some cookies are necessary in order to make this website function correctly. These are set by default and whilst you can block or delete them by changing your browser settings, some functionality such as being able to log in to the website will not work if you do this. The necessary cookies set on this website are as follows:

Cookies that are not necessary to make the website work, but which enable additional functionality, can also be set. By default these cookies are disabled, but you can choose to enable them below: